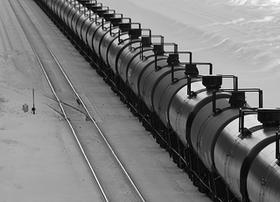 A New York state Senator is the latest lawmaker urging the federal government to take action on oil transportation along the Hudson River.

New York State Democratic Senator Terry Gipson has penned a letter to federal representatives urging the federal government to take action to protect communities, the environment, and the local economy from the ongoing risks of crude oil transportation on railways, specifically along the Hudson River.

“We’ve just been very concerned about the shipment of the oil in these DOT-111 cars since they have continued to have accidents across the country, most recently in Lynchburg, Virginia, along a river which is a very similar circumstance to what we have at the Hudson where we have railroads running very close to the river,” says Gipson.

He refers to the April 30th explosion of a crude oil train that derailed in Lynchburg, Virginia. Hours before the derailment, New York Governor Andrew Cuomo had written to President Obama requesting immediate action to enhance rail safety.

“The river alone provides drinking water to Rhinebeck and the City and Town of Poughkeepsie, and it is our most valuable asset,” says Gipson. “And we just cannot risk any type of situation that would contaminate the water.”

He also says the region’s economic dependency on tourism is at risk.

“We understand the necessity for shipping this oil,” says Gipson. “We’re not asking that that be halted. What we’re asking is that we make the changes that are necessary to ensure that the communities this oil passes through are protected, that the rails are safe, and that the cars that the oil is being transported in meet safety standards to ensure that should there be a derailment that the oil will not leak out and either cause an explosion or contaminate the environment around it.”

“We need better cars for the freight rails,” Maloney says. “They’re using the wrong cars for these oil shipments. We know they’re not safe. We need to replace those immediately.”

Gipson is urging the federal government to immediately ban the use of DOT-111 cars in transporting crude oil of any kind, in favor of safer 112 and 114 railcars; immediately issue new rules implementing the baseline National Transportation Safety Board safety recommendations for crude oil transport by rail;  and immediately initiate an open, public process for developing new rules and regulations for train safety, spill response, rail operations and oversight, and public notification of risk for all energy-by-rail transportation.

Maloney says he would like to see the new CSX first responder training initiative SAFE announced in April come to Newburgh.

“CSX is the rail line across which a lot of the oil shipments move,” says Maloney. “I was meeting with one of their representatives in Washington this week and they offered to bring up what they call a safety training car. They bring it on the rail line and they go to different communities and train first responders. I thought that would be an excellent idea but, when you think about it, it’s just the tip of the iceberg.”

CSX’s first responder training initiative was scheduled to begin the middle of this month. In New York, CSX plans training in Kingston and Albany, among other locations. The training will travel over much of the company’s crude oil service territory over the next several months.